22nd Century is remaining a three piece band. In order to cover the extra leads when we play live, I have acquired a rare doubleneck body and am building a Cremer/Fender hybrid doubleneck. The guitar will have a standard American Precision Bass on the bottom and strat on the top. Playing live will be a bit tricky as I'll have to switch back and forth between lead and bass while Tim learns to play guitar and bass pedals at the same time. 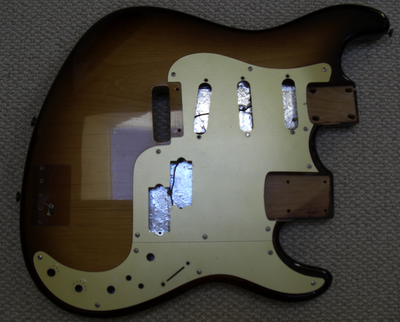 Here are the photos: 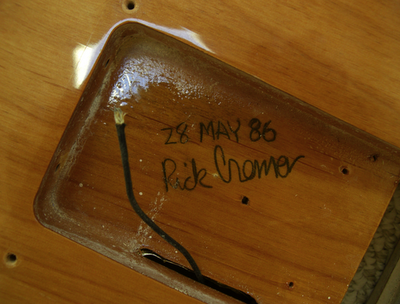 NOTE: This is not a rant against FireFox. For the record, it is my browser of choice and gets equal time with Safari.

I recently became aware and annoyed of a claim by Mozilla stating they own the world record (stamped by Guiness World Records nonetheless) for the most software downloads in one single day. This claim is obviously somewhat hollow as the details are slim to none, nor was anyone else in the industry that I am aware of even invited to the party.

You can read the claim here:

How many downloads does Apple or Microsoft get when they update their OS? I looked at the figures of both Microsoft and Apple and figure both of them have probably beat this on several days based on install numbers alone (SP2 anyone?). Furthermore, as noted by fellow Evangelist Ben Forta, there have been over a billion downloads of the Adobe Flash Player in the first 5 months of 2008 alone. This averages around 6.7 million (1,000,000,000 / 150) every day sustained over 5 months and Adobe has actually publicly stated that we've had days where software downloads exceeded 10 million in a day. Some even place this number to 12 million per day.

I seriously doubt Mozilla beat yesterday's massive coordinated DNS upgrade patch. According to CERT and others, "This is the largest synchronized security update in the history of the Internet, and is the result of hard work and dedication across dozens of organizations."

Speaking for myself, I dispute Firefox's claim. Not that is really matters. I just prefer the truth please.


Sorry FireFox. I love your software, I use your software but if you want to have a real contest, you have to at least invite the competition.
Posted by Duane Nickull at 9:45 am 3 comments:

Duane's World Episode five is now live. Special music guests and one of my favorite bands Helcion (Check them out!!!) supply ripping music for the Code and Tunes segment while I show how to work with video in Flex Builder 3. Other guests include Marcus Metzner (S4M - Germany) and Roger Roberts (RTBF - Belguim). Discussions include metadata for archiving media packages as well as the SOA infrastructure for enabling Media Assets to be repurposed for the web to meet new distribution and business models.