Why do so many technologists love metal and punk? It isn't just my opinion, take a look at the items suggested when you look at buying Dilbert Books on Amazon. They also suggest the Sex Pistols' CD Never Mind the Bollocks.

I am a tech worker and a musician, but a musician first! This is a photo from Jan 2007 of me playing on stage with Stress Factor 9. The singer is none other than D.O.A. founding member and former Annihilator frontman Randy Rampage and the drummer is Annihilator's Ray Hartmann. 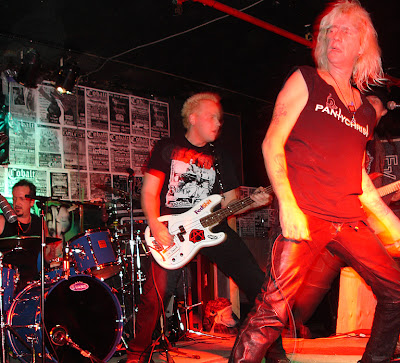 The one below is less blurred and shows the whole band playing the opening number at the Cobalt, Vancouver's Hardcore answer to CBGB's. The rest of the shots are online at Facebook. You can catch a free MP3 download of Stress Factor 9 from http://http//www.mix2r.com/node/338. 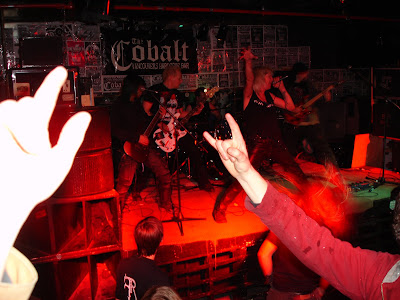 I play bass for 22nd Century which plays more hard rock, AC/DC, Sex Pistols style. I miss the metal but recently laid down some lead guitar on one of 22nd Century's songs that illustrates my clear metal influences. The track can be downloaded at: